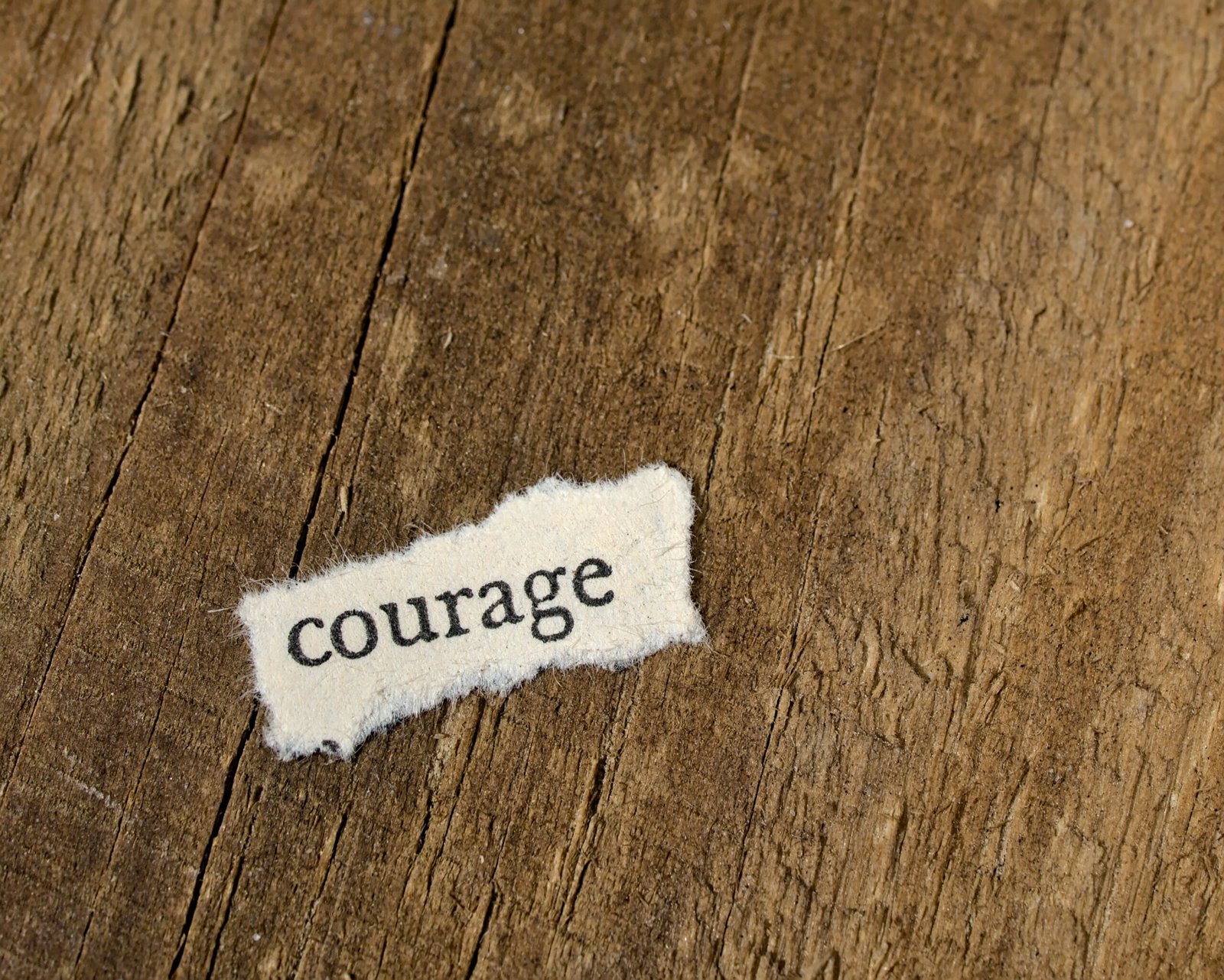 When I was twenty years old I really looked up to the people my age who had successfully started their own companies, a Youtube channel or a blog, and by that had created major income streams. Sometimes even 5 or 6 figures. I would be so envious of them! I really wanted to achieve something that remarkable. Nonetheless, I never took action myself. If people told me to “start my own channel’ or “just go for it!” I’d brush them off by saying it was already way too late. Now I’m twenty-four and I see people my age having successfully started their businesses at twenty years old, growing to be some of the most successful entrepreneurs out there. So why didn’t I start? What was holding me back? Imagine if I had started four years ago, I would’ve had four more years of experience and four more years of growth. Truth is, what was really holding me back was the fear of failure.

What is fear of failure?

Fear of failure can manifest itself in many different ways. As Psychology Today states: a fear of failure is essentially a fear of shame, which instead of making us feel bad about external factors like actions or regrets, makes us feel bad about who we are. We avoid taking action because the result might not be what we want it to be. And therefore taking action or starting something new can be quite intimidating: it brings the risk of failing, and failing may result in judgement. Or worse: people liking you less. Taking into consideration that belonging is one of the most crucial human needs, it’s not strange at all to think like this. Yet what does it really bring you?

Getting over the fear of failure

Being afraid of failure can cause a major stagnation of the progress you so desperately desire. There are a few tangible steps you can take to overcome the fear of failure and to help you finally achieve the goals you’ve been procrastinating going after.

1. Write down all potential outcomes and their likeliness to happen.

Most of the time we have this idea in our heads of something horrible happening as a result of the thing we want to do. Often, these ‘horrible’ things aren’t as horrible as they appear at all.  In Tim Ferrisses TED Talk on ‘Why you should define your fears instead of your goals’, he speaks about how writing down your fears can to see everything that might happen very clearly, and thus puts in perspective what the outcome might bring you. Quoting famous writer and philosopher Seneca the Younger: “We suffer more often in our imagination, than in reality”.

There are a few actionable steps to help you to define your fears and overcome them: First define all the things you fear might happen if you do the thing you find so scary. Then define what steps you can take as a solution to the problem. And lastly, write down what the cost of inaction would be. What will your life look like in 10 years’ time, if you don’t do the thing? This step is especially crucial. What will your life look like if you don’t take action and give into your fear? Being in the same position as you are now, maybe even deteriorating and losing progress? The cost of inaction is most likely way bigger than the cost of action.

Imagine you have a big contest coming up. You’re so afraid of something going wrong during the competition, that you don’t even start your practise at all. What could potentially happen if you did the competition? Starting with your brain’s ‘negative’ outcomes: you might fall, you might get significantly less points than your opponent and not get a first place, you might fart resulting in people laughing etc. On the other hand, you might also do great and win the competition, you might have someone in the audience see you and be so impressed they want you on their team, or they want to sponsor you in future competitions. You might make new friends, have an amazing time and have the people around you be proud, no matter what the outcome is.

After figuring out all the potential outcomes of doing the thing you want to do, define the worst case scenario. Is this thing life threatening? Will it cause you major setbacks? Or does it just feel like a major thing in your head, but is it actually just something that you’ve massively magnified in your head? Our brains are very likely to overthink the outcome of things, and most likely the ‘worst case scenario’ won’t be half as bad as you think.

David Carbonell, clinical psychologist and author of The Worry Trick explains that many people overthink that overthinking often happens because people are scared of the future and all the things that might possibly go wrong. “Because we feel vulnerable about the future, we keep trying to solve problems in our head.” Thinking about these problems only causes them to grow, creating monsters in our minds that aren’t really there.

We often create an idea in our heads of what failure looks like. Getting a B instead of an A, not getting the amount of likes you would’ve hoped for, or losing in a competition. But is this really a failure? Or are you  just feeling bad because you couldn’t live up to an expectation you created for yourself? Instead of thinking of it as failure, think of it as something to take to the future, a lesson even. Maybe failing at a certain point helps you to establish where your weaker spots lie, which you can then take with you to future situations and come back stronger than you were before.

So we’ve established that the worst case scenario is falling in front of a whole audience. So these people see you fall. They might think something bad or even laugh at you, right? Will they remember it? No. Are there probably more people falling? Yes. Will these people think any less of you? No. What happens if these people think less of you? Nothing. Right? All these potential negative outcomes are way bigger in your head than they actually are in real life. By looking at the situation with a positive and curious mind, you might be able to see where you went wrong and take that with you to future competitions, so you can come back even stronger and more skilled than you were before. .

Making a list of goals can help to get your motivation going and to see where you want to go. Yet these goals can often seem very far away or unrealistic, making the idea of starting even scarier. A solution to this is to break these bigger goals down into smaller, actionable goals. Not only will ticking off these smaller goals feel like a reward – thus evoking positivity and stimulating your brain – they will also make the bigger goal seem way more achievable.

It’s important to focus on the things you can control: not everything is within your responsibility. This can feel very frustrating or stressful, but seeing it’s not something you can do anything about, would worrying about it help you any further?

Sharing your fears with others also helps to put them in perspective. Sometimes you just need someone to tell you that you’re massively overthinking and that the result won’t be half as bad as you expect it to be. It might already help to speak your thoughts out loud and ‘hear’ what you’re saying, encouraging you to realise that what you’re thinking sounds pretty ridiculous and not realistic. Getting these things off your chest also helps to release tension, thus opening up a more relaxed and clear point of view.

6. Realize you have a choice.

Our thoughts are something that we create in your minds. We’re the only one to see them, and we’re the one choosing to believe them. Confront yourself with the fact that your thoughts are not real, they’re only speculations of what might be or what you assume is true.

It’s not too late

It’s never too late to start something. It doesn’t matter if you’re 20, or 32, or 54. You can start something. “But I’m old..” So what! Imagine seeing an article about a 65 year old, successfully creating her own online streaming channel. Will you be amazed? Yes. Will you care about her being old? No!

In ten years time, you’re going to be ten years older. You can choose to use these ten years to start something and go after your goals, or you can choose to not act upon your goals and remain in the place that you are now. Why not use the time you have, to create something you’ll thank yourself for later? Are you going to look back and regret that you started something, failed and got back up again? Or are you going to look back and say: “I wish I’d started something back then, I’m way too old now.” I think I know which outcome I prefer.

Let’s stop letting fear of failure hold us back from moving forward. My best advice is to just start. As with every journey, you might hit some bumps on the road, some flat tires or screaming kids on the backseat. But as you persist and continue the journey, you’ll reach your destination. And don’t forget: If you don’t start there’s a 100% chance of failure. So start. And don’t forget to call me in a couple year’s time if you’re somewhere on a beach enjoying the results of what you created.